Who Qualifies as an Oregon Resident for Income Tax Purposes?

Previous Next
Who Qualifies as an Oregon Resident for Income Tax Purposes? 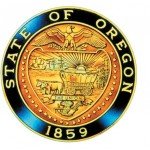 Oregon imposes a personal income tax on all residents of the state under the authority of ORS § 316.037(1)(a) (2010).  By statute, an individual is a resident of Oregon under two scenarios.

B.  If an individual is not a domiciliary, they may be a resident if he maintains a permanent place of abode in Oregon and spends more than 200 days of a taxable year in Oregon unless the individual can prove he is in Oregon for a temporary or transitory purpose. ORS § 316.027(B).

Oregon modeled ORS 316 after New York residency rules. Ramsey v. Dept. of Rev., 7 Or. Tax 478, 482 (1972). The residency requirements were changed in 1969 to grant tax relief to individuals who do not receive the benefits and protections of the state and to ensure that those who do receive the benefits and protections contribute to the support of the State. Id.

In order to change domiciles, an individual must first establish a new residence in a new place and he must have the intent to abandon the old domicile. Davis v. Dept. of Revenue, 13 OTR 260, 264 (1995). Further, the individual’s intent must be a present intent. Id. An example of present intent is illustrated by Harlan v. Dept. of Revenue, 10 OTR 497 (1987). In Harlan, the court held that a taxpayer did not have a present intent to establish a new domicile where moving to a new residence was contingent on the selling of a home in Oregon. Id. The court determined the event was in the future and had no degree of certainty as to the time. Id.

An individual’s intent can be inferred from circumstances or activities. dela Rosa, 11 OTR at 203. In dela Rosa, the taxpayer worked in other states, but owned property in Oregon, kept his Oregon driver’s license, filed joint Oregon tax returns with his wife, and claimed “away-from-home expenses” on his federal tax return for expenses incurred while working out of the state. Additionally, his family continued to live in the Oregon house. The taxpayer did not have a permanent home outside of Oregon. The court determined the circumstances were sufficient to establish the taxpayer was an Oregon domiciliary for personal income tax purposes.

A permanent place of abode is “a dwelling place permanently maintained by the taxpayer . . . over a sufficient period of time to create a well-settled physical connection to a given locality,” regardless of ownership. OAR 150-316.027(1)(b). In determining whether an individual has a permanent place of abode, court will look to factors such as “the amount of time spent in the locality, the nature of the place of abode, activities in the locality and the taxpayer’s intentions with regard to the length and nature of the stay.” OAR 150-316.027(a)(b)(A).

The regulations provide the following scenario regarding temporary or transitory purpose: A couple lives in Minnesota and is domiciled there. They own a family home in Minnesota and spent over 200 days per year at the Oregon Coast. After a few years of renting property, the couple decided to purchase a home in Oregon. The home was rented during the periods the couple resided in Minnesota. The taxpayers had no business interests in Oregon and did not work in Oregon. Additionally, the taxpayers belonged to Minnesota clubs and kept office space in Minnesota. The taxpayers’ presence in Oregon was considered temporary or transitory, and therefore, they were not taxed as Oregon residents. OAR 150-316.027(2).